Hit enter to search or ESC to close
AgribusinessFarmersFood PricesInsightsNewsTraders

By Simone Fugar November 4, 2019 No Comments

Out Look for November: all things being equal, commodities are expected to trade mix in the month. In the later part of the month, we expect prices to start increasing due to higher food demand towards the festivities. 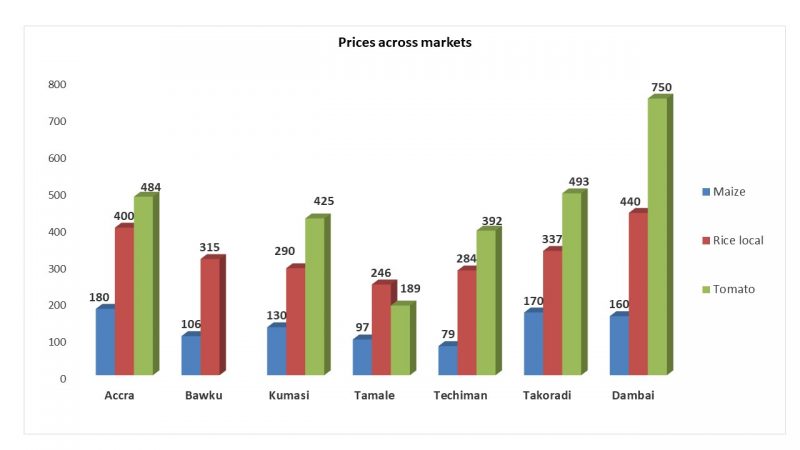 Maize The average price for a bag of maize dropped 7.29 percent to close the month at GHS 131.71. The highest price of GHS 180.00 was recorded at Accra with the lowest price GHS 79.00, recorded at Techiman.

Tomato A crate of tomato gained 33.32 percent to close the month at GHS 455.50. The highest price GHS 750.00 was recorded at Dambai and the lowest price of GHS 189.00 was recorded at Tamale. Traders say that prices are high due to continuous rains causing the tomatoes to rot. However, traders in Tamale are trading local tomatoes that are grown around Tamale and its environs.