Hit enter to search or ESC to close
AgribusinessFarmersFood PricesInsightsNews

Commodity price information and analysis across Ghana, for the month of June 2018. 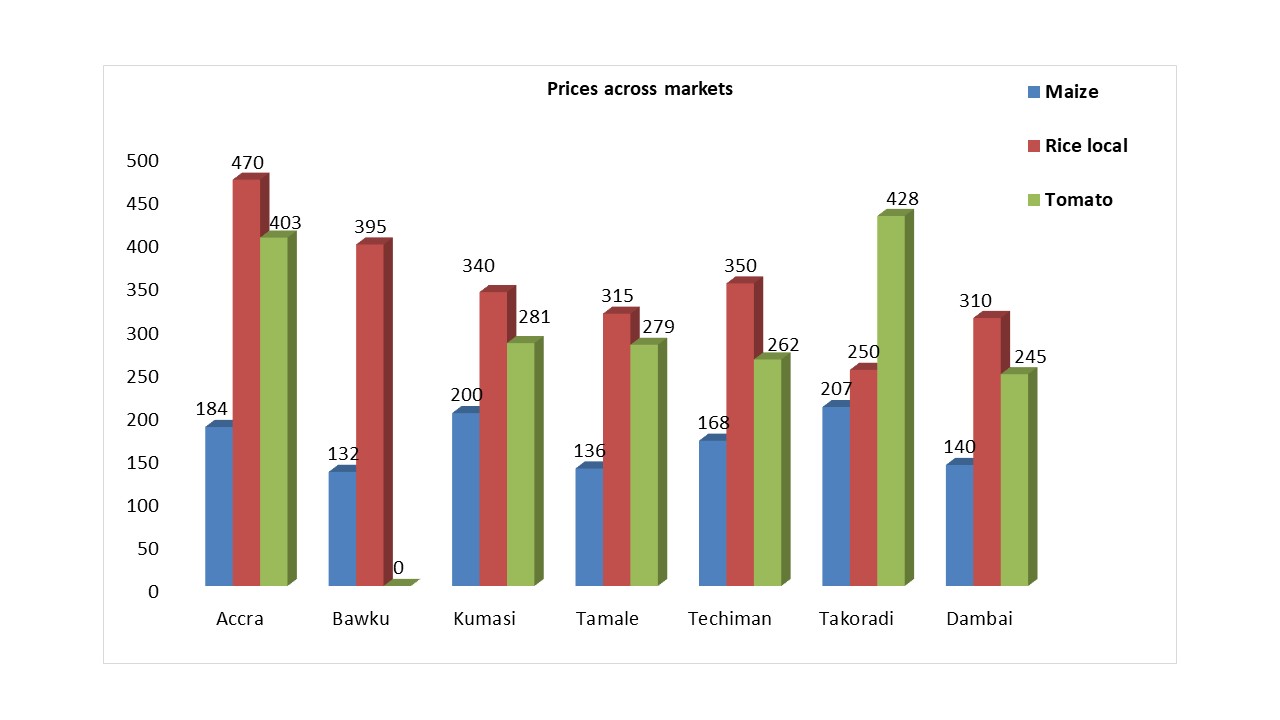 The average price for a crate of tomatoes lost 28.16% to close the month at GHS 316.33. The highest price of GHS 428.00 was recorded at Takoradi and the lowest price of GHS 245.00 at Dambai. The price of tomatoes has started dropping because some of the areas where the commodities are grown locally have harvested and are on the markets. All things being equal, it is expected that the prices will continue to drop further in the coming weeks.