Hit enter to search or ESC to close
AgribusinessFood PricesInsightsNewsTechnology

Data and analysis on food prices across Ghana, for the month of May 2019. 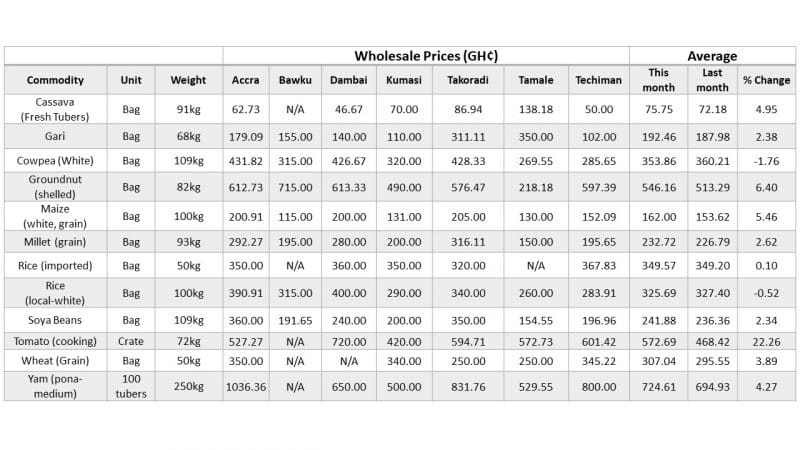 Out Look for June, all things being equal, most commodities are expected to continue their upward trends being . 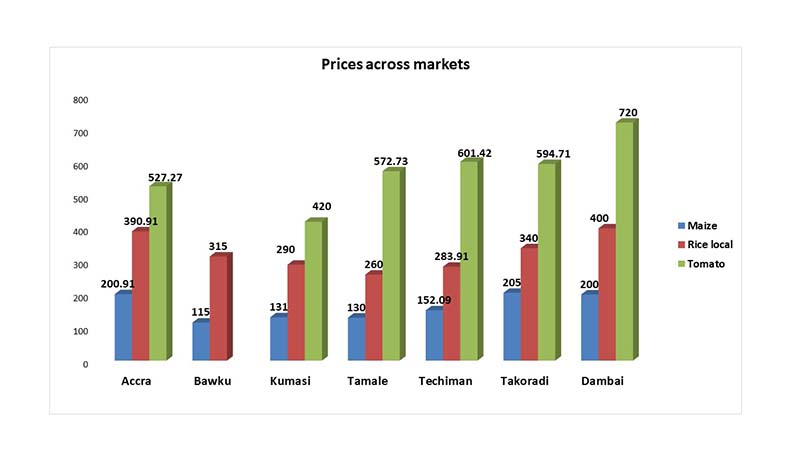 Rice Local
The average price for a bag of local rice lost 0.52% to close the month at GHS 325.69. The highest price GHS 400 was recorded at Dambai, with the lowest price of GHS 260 recorded at Tamale.

Currently, most tomatoes on the market are brought in from neighboring countries, which has contributed to the sharp increase in prices.