Hit enter to search or ESC to close
AgribusinessFarmersFood PricesInsightsNewsTechnologyTradersUncategorized

Data and analysis on food prices across Ghana, for the month of February 2019.

Outlook for March: Most producers (farmers) may want to sell all their old stock to raise enough money to purchase input for the new season.  This may drive some commodity prices down. 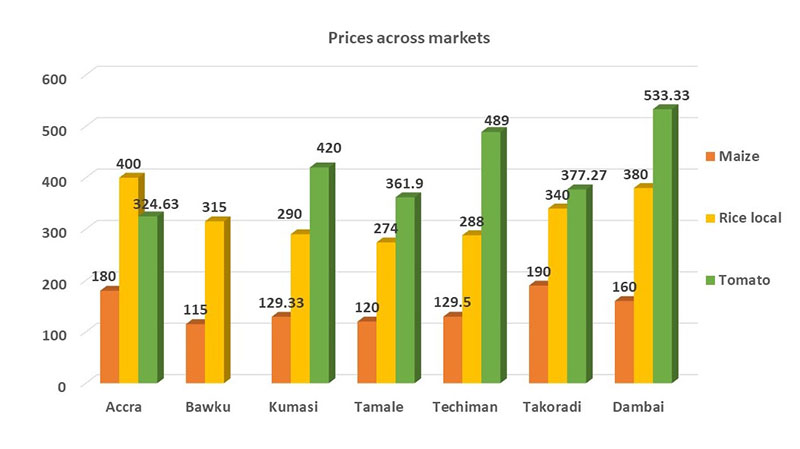 The average price for a bag of local rice gained 1.24% to close the month at GHS 326.71. The highest price GHS 400 was recorded at Accra with the lowest price of GHS 274 recorded at Tamale.

Tomato prices over the month have been very unstable with prices being very high in the first two weeks and dropping in the third week. In the last week of the month of February, the commodity traded mixed on the various markets with some experiencing high prices while others recorded low prices. The net effect has resulted in the average commodity price picking up again in the last week of February. This trend is expected to continue in the month of March.