Hit enter to search or ESC to close
AgribusinessFarmersFood PricesInsightsNewsPartnersTraders

By Simone Fugar February 3, 2019 No Comments

Commodity price information and analysis across Ghana, for the month of January 2019.

Out Look for February, all things being equal, from the performance of most commodities in the month of January and information gathered, some commodities are expected to drop in prices with other few ones expected to increase in prices. 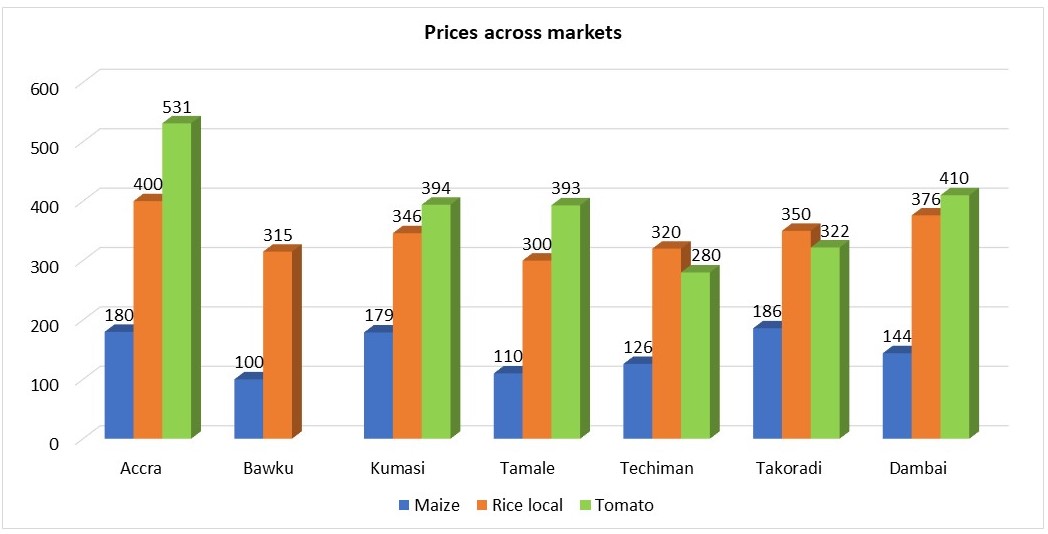 The average price for a bag of Maize lost 2.54% to close the month at GHS 142.71. The highest price of GHS 194.00 was recorded at Takoradi with the lowest price of GHS 112.00 at Bawku. This is the first time Maize prices have dropped in the last 2 months.

The average price for a crate of Tomato gained 13.52% to close the month at GHS 440.83. The highest price of GHS 534.00 was recorded at Accra and the lowest price of GHS 392.00 recorded at Takoradi. All things being equal, it is expected that prices will continue to rise in the coming weeks.